All You Should Know About Invoice Discounting 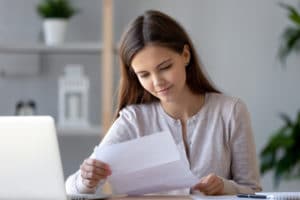 All You Should Know About Invoice Discounting, this is the practice implemented for using a company’s due accounts received as collateral for a loan purpose.

You can consider this unpaid amount to be distributed by a finance company. This mode of discounting is a very short-term approach of borrowing due to a reason.

The reason is the finance company can change the value of debt unresolved. It is when the amount of accounts receivable collateral varies.

The debt amount given by the finance company is low than the amount of outstanding receivables. This is usually 80% of all invoices that are less than period of 90 days old.

What is invoice discounting?

Invoice discounting is probably one if the simplest form of invoice finance. As with all types of invoice finance you sell your unpaid invoices to a lender and they give you a cash advance that’s a percentage of the invoice’s value, the difference with invoice discounting is that the client is totally unaware that this is taking place. Once your customer has paid the invoice, the lender pays you the remaining balance minus their fee.

Invoice discounting is a major source of working capital finance as the limit of bank financing, due to the credit crisis. Invoice finance is more attractive to a bank as it relies on the invoice unpaid security from the debtor.

The business acquires the cash instantly providing business cycle an improved impetus. Discounting permits a financier to run business without funds. This operates in same way as bank overdraft. In this the debtor pays the interest amount only on the sum of money used. There is a rough competition prevailing in the market to range such credit.

Difference Between Invoice Discounting And Factoring

Both these types of lending have a number of differences, Invoice Factoring and Invoice Discounting both are financial facilities that can release the capitals held in your unpaid invoices.

The main difference between invoice discounting vs factoring is who controls the sales ledger and accountability for getting payment. One difference is while using Invoice Discounting, your business holds control of its personal sales ledger and follows payment in the normal way.

Another difference between these two is in the range of confidentiality. With invoice factoring, the customer resolves their invoice straight with the Factoring Company. Due to this customers are more probable to be conscious of your Factoring plan. Invoice Discounting is slightly different, customers still recompense you directly. Here there is no necessity for them to recognize that a third party is engaged in this.

Which is Appropriate For You?

Whether you go for Invoice Factoring or Invoice Discounting, it will depend on the business size. It will also depend on your sales ledger management.

If you run a small scale business and your human resources are limited go for Invoice Factoring. The credit control and collection service that originates with Invoice Factoring is probable to outfit you better.

Invoice discounting providers generally work much faster than banks in assessing the viability of the lender. Many lenders are able to generate cash in as little as 48 hours meaning discounting has significant speed advantages over traditional finance.

Speeds up the Working Capital Cycle

With discounting, cash that has been locked in unpaid invoices can be freed up quickly the liquid cash to keep the cogs of the business whirring.

It can be particularly useful for businesses with a smaller number of clients who pay larger value invoices – in these cases the late payment of a single customer invoice can pose risk to the overall health of the company.

No Need to Inform Clients

Unlike invoice factoring, invoice discounting does not necessitate alerting clients to the fact you’re using an invoice finance provider.

Many businesses are concerned that disclosing the need for invoice finance may rock confidence in the brand.

With discounting, it is the business who retains control over the sales ledger. Continuing to collect payments and chase invoices, this type of finance does not alter the relationship between the business and the customer anyway.

Only pay Interest on the Money that you Borrow

Factoring, by comparison, often imposes a stricter interest on money borrowed. For many businesses, invoice discounting therefore offers a cost saving over other forms of invoice finance.

Facilitates the Earlier Paying of Suppliers

Since many businesses hampered by restricted cash flow and paying their own supplies late, invoice discounting makes it easier to pay suppliers faster and possibly to negotiate early payment discount as a result

As this industry grows more competitive some invoice discounting lenders are now offering bad debt protection free for limited period of time. This offers protection if the customer becomes insolvent.

Many businesses using voice discounting strategically as a way of increasing working capital so the company can fuel its growth.

Smaller Companies may Find it Difficult to Obtain Credit

invoice discounting is generally an option for businesses with a substantial turnover, so one of the the disadvantages this form of finance is that smaller enterprises may find it difficult to find lenders willing to accept them.

Usually there are some fairly strict ground rules, and the company must be able to demonstrate an established track record. Whilst there are lenders now springing up to fill this gap some of these may charge a higher fee as a result.

Because it is a short-term loan, invoice discounting usually comes with high costs, and higher fees than traditional bank loans or overdrafts.

It is Possible to Become Reliant on Invoice Discounting

Whilst the goal of invoice discounting is always to manage cash flow strategically and with the overall success of the business in mind, it is also possible for businesses to become trapped in a debt cycle, unable to operate without the existence of monthly cash flow arrangements

Since certain forms of business finance utilise accounts receivables as part of the loan collateral, the existence of of an invoice discounting arrangement (in which the invoice becomes an asset of the finance company rather than yourself), maybe preclude gaining additional finance.

Invoice Discounting is actually a method followed to make complete use of company’s due accounts. If done well, this can help business owners to manage their cash flow efficiently.

Invoice Funding are one of the UK’s Leading Factoring Brokers. Having helped over 1000 business source invoice discounting over the years.

If you would like a quotation on Invoice discounting or like to more information on business funding, please complete the online enquiry form and a Business Funding Specialist will contact you.

Is Invoice Discounting regulated in the UK.

No invoice discounting is not regulated in the UK. The industry is self regulating, there has been talk of the FCA (Financial Conduct Authority) regulating the industry, as of 2022 this has not happened.