Is your business ready for Brexit? 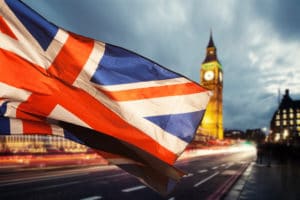 Brexit is truly a step into the unknown for the UK. It will certainly have an immense impact on countless sectors of our country.

Whether it will carry with it mostly positive or negative impacts is yet to be revealed.  It’s one of the most confusing, frustrating times in UK politics in recent history.

It is a certainty that the business world is sure to be shook by the decision to leave the EU.

Are you Brexit Ready

UK Prime Minister Boris Johnson, has made it clear to the public that he will deliver Brexit in seemingly any way possible. In his New Year message, he stated that the country would move forward united.

BBC have reported, “Mr. Johnson, who is currently on holiday in the Caribbean, said the “first item on his agenda” when he returned was delivering on the mandate of the people and taking the UK out of the EU”. This means that we finally have a confirmation of the date that we will leave the European Union: January 31st 2020.

Trading is one of the biggest concerns for many business owners. Holding a licence to trade within the EU has brought many obvious positives.

This will now obviously change in a post Brexit world. No longer will trade negotiations with countries in the EU be tariff-free, nor will we any longer be a member of the Customs Union. This may seem to many like it spells out bad news for businesses within the UK. Though, the optimists amongst us will point to the fact that we may become free to compete with a worldwide market.

Gov.uk have given guidance on how businesses could potentially continue to trade with countries in the European Union. They state, “There will be changes to UK-EU trade at the UK border including on customs, tariffs and VAT. Take the first step to prepare now. If you don’t have a UK Economic Operator Registration and Identification number, apply here to continue to trade with the EU”.

Will you carry on to train with the European Union?

If new trade talks are put into place, many businesses in the UK could use them to their advantage. Potentially allowing our businesses to grow on an extended, global scale, could aid them in making new business opportunities and further markets for them to deal within. While this relies on an outcome that we can’t currently confirm, it’s likely that the UK will eventually resolve its trade deal issues. This would allow our businesses to find new comfort spaces that they can work in.

Every business is different, therefore making it impossible to advise exactly what’s needed for their preparation schemes. This means if your company is large or small, widely-known or just lifting off the ground, you’ll need to plot yourself out different rules. Pre-planning is actually an ever-growing factor in the world of business, as the incoming warning of Brexit has already played view to a reduction in investment.

Harvard Business Review reported that, “We find that Brexit has been an important source of uncertainty for many UK businesses. We estimate that this led to a 6% reduction in investment in the first two years after the referendum, with employment also around 1.5% lower”.

Taking into account the already apparent reduction in investment and employment, it would seem that UK-based businesses need to be wary of future difficulties. Some may argue that the employment rate is at an all-time high but, this may not be completely true. Four hour contract holders and part-time workers filter into these figures. Full-time work is not at an all-time high however, and that should tell you all that you need to know.

In 2019, BBC reported that, “the number of people employed is at an all-time high. But, there’s a lot going on under the surface”. This is largely the concern with Brexit, it has engulfed us all with complete confusion.

Beyond everything else, Brexit will almost certainly make an impact on our currency. People were fretting over the likely outcome of the pound dropping in value, which was clearly evident to see a mere few years ago. When Brexit negotiations initially began, pound sterling dropped to its lowest point in years.

There may somehow be a chance that this predicted outcome has changed however. The New York Times reported on this. “When Britain voted in 2016 to leave the European Union, its currency plummeted on world markets, reflecting agitation over the economic and financial disruption that seemed to lie ahead.”

NYT continued, “Three years later, with Brexit still not achieved, trading in the pound has been telling a different story”.

“Global markets were buoyed on Friday by the results from Britain and the prospects of a partial trade deal between the United States and China. Asian and European stock indexes rose, with the Hong Kong’s Hang Seng up 2.6 percent and London’s FTSE 100 gaining 1.8 percent”.

If you’re a business owner, like so many others, you must be frightened by the potential impacts of Brexit. While there are strong reasons to be worried, it could potentially be a time for optimism for small business owners. Only time will tell the extent of the complexities brought to us by bidding farewell to the EU but, it would be wise to prepare for the worst.

Read more:How to assess where your business is currently at