What is a Letter Before Action (LBA)? 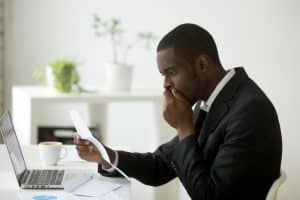 A Letter Before Action is a letter sent to another party (usually a business) before starting legal proceedings. The letter sets out what the claimant’s case is and ends with an ultimatum – either the other side agrees to settle or the claimant will start court action.

The purpose of a Letter Before Action is to try and get the other side to come to an agreement without having to go to court. This can save time and money for both parties, and also means that there is no risk that the claimant will lose their case.

A Letter Before Action should be well-drafted and set out all of the key facts and evidence in support of the claimant’s case. It should give the other side enough information to enable them to make an informed decision about whether or not to settle.

When to send a letter before action

A letter before action (LBA) is a formal notice that informs a debtor that they have failed to make a payment. It is typically the last step taken before legal action is taken and, as such, it should be used as a last resort. LBAs are usually sent after several missed payments have been made and other attempts to recover the debt, such as phone calls or emails, have been unsuccessful.

The letter should state the amount of the outstanding debt, how it should be paid, and when payment must be received. It should also warn of the consequences of non-payment, such as legal action. In most cases, giving the debtor 14 days to pay is sufficient. If payment is not received within this time frame, then you can proceed with legal action.

However, if you do decide to take this step, it is important to ensure that you have strong evidence that the debt is owed and that you have followed all the necessary steps before taking action.

The aim of a letter before action

A letter before action is a formal demand for payment or other action. It is the last step in the process of debt collection and is usually sent after attempts to contact the debtor have failed. The letter sets out the amount owed, the deadline for payment, and the consequences of non-payment.

What information should be included in a letter before action?

How do you send a letter before action?

Before initiating any legal action, it is always best to send a ‘letter before action’ (or LBA) to the person or organisation you believe to be at fault. This letter formally sets out your intention to take legal action, and provides the recipient with an opportunity to resolve the matter without going to court.

An LBA should always be sent by recorded delivery, so that you have proof that it was received. The contents of an LBA will vary depending on the individual case, but there are certain elements that should always be included. These include a clear explanation of the problem, a demand for redress, and a deadline for response.

If you do not receive a satisfactory response within the specified timeframe, you can then proceed with legal action. However, if the matter is resolved satisfactorily, there is no need to take any further action. sending an LBA can therefore help to avoid costly and time-consuming court proceedings.

The law behind a letter before action

The preference of the courts for cases to be resolved without litigation is enshrined in the Practice Direction on Pre-action Conduct and Protocols contained in the Civil Procedure Rules (CPR).

The protocols stipulate which steps should be taken before a court claim is issued – and the court will very likely take into account the creditor’s compliance with the rules (or lack thereof) when considering the claim.

The debtor is obligated by the pre-action protocols to respond to the letter of claim within a reasonable window. If they choose to ignore it, the creditor’s solicitor will be able to apply for a court order to force their hand.

For these reasons, it is highly recommended that you instruct a professional debt recovery solicitor to draft your letter before action. This is generally not an expensive matter (most reputable solicitors will charge less than £10 for this service) so there is little reason to take on the task single-handedly.