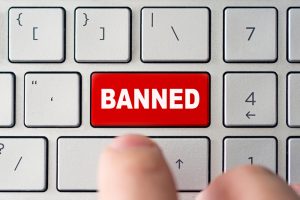 Regulations have been passed that mean that ban on assignment clauses that are within contracts signed after 31 December 2018 cannot, in most instances, prevent debts being assigned to a lender.

What is a ban on assignment?

The ban on assignment is known as Assignment of Receivables Regulations 2018 (the “Regulations“) this is now are in force. The Regulations are intended to make it easier for small businesses to access receivables-based finance by making ineffective any prohibitions, conditions and restrictions on the assignment of receivables arising under contracts for the supply of goods, services or intangible assets

Draft legislation finally appeared in 2017, but was withdrawn following criticism by the Loan Market Association and others. The final form of the Regulations addresses some of the criticisms, but adds complexity in what is already a complex area of the law.

The concern which arises is whether these difficulties mean that finance of such receivables is refused, or that steps have to be taken which increase the cost of financing.

The Regulations apply to specific contracts entered on or after 31 December 2018 and apply to clauses contained within such contracts that seek to prohibit or restrict the assignment of a receivable under the contract, which is a right to be paid for goods, services or other intangible assets.

The Regulations are limited and only apply to contracts, where the supplier or seller, is a small or medium sized enterprise (SMEs), as defined by legislation.

The key provision to the Regulation is that any clause that bans the transfer of a right to another party is now unenforceable. This extends to other terms that impose conditions on the ability of one party to determine the validity or value of the receivable i.e. the goods, services, the debt, or their ability to enforce payment. Indeed, there are now 13 categories, which contracts cannot now restrict

Exemption from the Regulations

Types of contracts do the Regulations apply to?

The Regulations apply to contracts for the supply of goods, services or intangible assets under which the supplier is entitled to be paid money. But there are a number of important exclusions from their application, including the following:

What is a ban on assignment?

A ban on assignment is a term which prohibits or imposes a condition, or other restriction, on the assignment by a party to the contract of the right to be paid any amount under the contract or any other contract between the parties.