What Is A Bank Waiver? 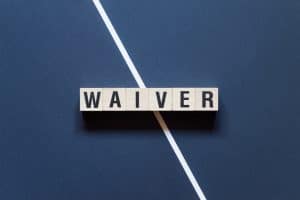 A bank waiver is a legal document that releases a bank from all liability in case of loss or damage to specified property, subject to the conditions stated in the waiver.

The purpose of a bank waiver is to protect the bank from financial responsibility in case of loss or damage to property that is in the custody of the bank.

In most cases, a bank waiver is used in conjunction with a loan agreement, and it typically states that the borrower is responsible for any loss or damage to the property that occurs while it is in the care of the bank.

A bank waiver may also be used in other situations, such as when a customer rents a safe deposit box from a bank. In this case, the waiver would release the bank from liability if anything was to happen to the contents of the box while it was in the custody of the bank.

What is the purpose of a bank waiver

The purpose of a bank waiver is a legal document that states that you understand the risks involved in an activity and agree not to hold the other party responsible for any injuries that may occur.

Waiver’s are used to denote the granting of a concession by one party not insisting on the other party’s precise performance of its obligations under the contract. It is also where one party gives up its rights to take action or enforce its rights under a contract.

When are bank waivers used

In such situations, the bank are often happy to issue a charge or debenture waiver