What is a floating charge? 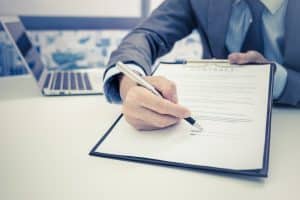 In contrast, a fixed charge is a security interest granted over specific assets, such as equipment or land, and does not “float” until the occurrence of a specified event. Floating charges are typically used by lenders as they offer more flexibility than fixed charges; for example, if a company needs to sell some of its assets to raise cash, it can do so without needing the consent of its lender (provided that the proceeds are used to repay the loan).

However, if the company subsequently goes into administration or liquidation, the floating charge will “crystallise” (i.e. become fixed) and the administrator or liquidator will be required to sell the assets in order to repay the lender

A fixed charge is a type of financial obligation that does not change over time. Fixed charges are typically associated with long-term debt, such as as mortgages, overdrafts, bank loans, invoice factoring, and commercial leases. The payments on a fixed-charge loan are typically made in equal installments over the life of the loan. In contrast, variable-rate loans have interest rates that can fluctuate, which may result in higher or lower monthly payments.

While fixed charges offer predictability and stability, they may also be more expensive than variable-rate loans when interest rates are low. As a result, borrowers should carefully consider their options before taking out a loan.

For example, a bank may take a floating charge over a company’s inventory, meaning that the bank has a claim on the inventory regardless of whether it is sold or transferred to another party. Floating charges are often used as collateral for loans or invoice finance, and they can be an important source of financing for businesses.

However, floating charges can also be risky for lenders, as the value of the collateral can decline quickly if the business experiences financial difficulties.

Difference between a floating charge and a fixed charge?

In business and finance, the terms “floating charge” and “fixed charge” are used to describe two different types of security interests that can be taken in relation to a company’s assets. A floating charge is a type of security interest that floats, or moves, with the assets it secures. This means that the charge will attach to whichever asset the company chooses to use as collateral at any given time.

In contrast, a fixed charge is a type of security interest that is attached to specific assets and does not float with the company’s collateral. This means that the creditor’s interest in the asset is fixed, even if the company pledges the asset as collateral for another loan.

Both floating and fixed charges can be useful for creditors in different ways. Floating charges give creditors a greater degree of flexibility, since they can be used to secure multiple loans against a variety of assets.

Fixed charges, on the other hand, provide creditors with a greater degree of security, since they are attached to specific assets and cannot be transferred to another lender. As a result, each type of charge has its own advantages and disadvantages, and it is up to the creditor to decide which type of charge is best suited for their needs.

How do floating charges “crystallize” into fixed charges?

A floating charge is a security interest over assets that constantly change in value or compositions, such as inventory or debtors. A floating charge “crystallizes” into a fixed charge when the asset becomes identifiable and no longer changes in value or composition. This could happen if the company goes into receivership, for example, and the receiver sells off the assets. The proceeds of the sale would be used to pay off the charges.

A crystallized charge is at its full value and can’t be reduced, even if the value of the underlying asset decreases. Crystallization is also sometimes called “attachment.” It’s important to note that a floating charge can revert back to a floating charge if the company takes steps to de-attach or de-crystallize the asset. This is typically done by selling off the assets and using the proceeds to pay down the charges.

There are a number of scenarios when a floating charge can become a fixed charge:

The status of your debt which falls under a fixed charges or floating charges should be outlined in a debenture (a debenture is a document that confirms the loan has been secured against a company’s assets, this is then registered at Companies House).

Debentures are advantageous for lenders because they provide a high degree of security. The borrower typically agrees to give the lender certain rights, such as appointing a receiver, if it defaults on the debt. This means that debentures