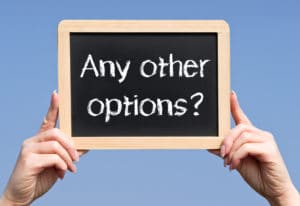 High street banks across the UK are putting added pressures onto business owners that need to secure loans in order to keep their ventures afloat during the coronavirus pandemic. They’re still asking for personal guarantees from their hopeful applicants, meaning the banks can go after the property of a business owner if their venture goes under and can no longer afford to repay their loan fees.

This is devastating news for business owners, who are already finding themselves under so much threat and pressure due to the current global outbreak of coronavirus. They’ve largely had to shut their doors to the public, meaning for many businesses no sales whatsoever can be made in this lockdown period, making their fight for survival a monumental one.

What would be at risk?

Though in many cases like this a loanee’s home would be protected by law, other things such as personal savings, shares, and holiday homes would all be under potential threat. This has lead many to believe that business owners will steer away from getting the loans they so desperately need because of the collateral damage that may come with it, especially at a time like this where businesses are under so much pressure to just survive.

COVID-19 has put so many parts of life under an amazing amount of pressure, so the last thing people need from a business standpoint is for the banks to act like they are doing right now in the UK.

The BBC have reported on some personal stories relating to these immoral loan sanctions which banks are currently making, such as this one, “Alex Harris owns bar Behind This Wall in Hackney, east London. He told the BBC’s Today programme that he asked his bank about the government’s coronavirus loan scheme, but was offered something quite different. “The government-backed loans (CBILS) are from £25,000 up to £5m,” he said. “We got offered a financial product of theirs, another loan which is not part of the coronavirus package. “It’s for up to £24,999, but will come at up to 22% interest, which would initially bankrupt my business.” Mr Harris said he was being asked to borrow against his house and questioned why he was being asked to do so, “faced with this level of uncertainty”.

What the banks are saying

Barclays has told customers they will be required to sign personal guarantees to access the government-supported emergency finance, which previously seemed much easier for people to get hold of. HSBC have recently informed people that it will require a form of personal guarantee for loans over £100,000.

However, Royal Bank of Scotland, which also owns NatWest, has confirmed it will offer business interruption loans without asking business owners for personal guarantees – proving that more generous terms can be offered, but some banks are greedily refusing to acknowledge how businesses need help and are only hoping to make a profit from their personal worries and troubles.

The banks that have been acting immorally will now hopefully come under high amounts of pressure from business customers to copy RBS. In fact, Royal Bank of Scotland should be praised for their efforts and the work they have done to make a fairer system for those that are in dire need of help at this current moment in time.

Personal guarantees allow banks to lend more because it means they are more likely to get their money back. That means they don’t have to put as much money aside to cover failures, which is one of the biggest costs for a bank. Though, the use of personal guarantees shifts the risk from the bank and the government on to the individual business owners. This simply isn’t right at a time such as now and much life the mammoth-sized companies that are wrongly using the government’s furlough scheme for staff members, should be ashamed of their actions. Systems like that are built to help those that need it, not to boost huge corporations profit margins.

If a loan of £100,000 was made to a failed business and the owner had signed a personal guarantee, the bank would first repossess the assets of the owner or the business. Only then would the government step in to cover 80% of whatever loss remained and the bank would only have to fund the remaining amount after all of that.

Government not delivering on promises

The UK Prime Minister Boris Johnson made some bold promises a few weeks ago, as he stated small businesses that really needed the help would be able to apply for and receive funds that would help to ensure their survival, as it turns out only a disgracefully low amount have received this company-saving money. A mere 1.4% of applicants have received the funding promised to them by the government so far, which has been shattering news for many business owners that were relying on the aforementioned promises that were previously made to them.

The Guardian have reported, “Tens of thousands of firms are understood to have made formal applications, but amid accusations of excessive bureaucracy and a reluctance among lenders to make loans, only a fraction of them have been given the go-ahead. Sunak has reacted to criticism of slow progress by recruiting former Bank of England adviser Richard Sharp as a consultant with a brief to speed up the processing of rescue loans”.

The economy will only begin to suffer more if our businesses start to close down in a mass way. Companies such as Debenhams, Warehouse, and Oasis have all recently filed for administration, and more ventures of all sizes are unfortunately expected to follow.

City AM reports, “The dire expectations come with the UK economy in the midst of the worst recession since at least World War II, with businesses shuttered and the public indoors to halt the spread of coronavirus.

The UK’s budget watchdog on Tuesday warned that Britain’s GDP could crash by 35 per cent in the second quarter of the year. The collapsing economy has placed huge financial strain on households and businesses.

Business owners do have a number of speedier options available to them during this tough time though. Unsecured loaning options allow for money borrowing without any collateral, and invoice factoring is still an option that can help to fund businesses throughout the quarantine period.

Receiving a high street bank loan is difficult enough at the best of times. Attaching collateral is something banks will always make business owners do to ensure them that they’ll be covered financially if things don’t work out as planned. This adds an extreme amount of pressure to new business owners from an early stage of their proceedings.

Update 29th April 2020: Sunak has now updated the public with information on a new kind of loan, designed to help smaller businesses and firms alike. The chancellor has laid out his plans to offer firms loans up to £50,000 within just days of applying. This would be so much quicker than the previous efforts the government have made so far and could be literally lifesaving for business owners.

The loans in question are 100% taxpayer-backed, which explains where the government are finding the funding to make this kind of help possible in the first place. Their plan apparently aims to utilise a large backlog of credit checks by banks; this plan has had to be presented as a response to the fears that many small business owners would not have previously got the funding in time to help to save their ventures.

The BBC write, “Banks have come under fire for delays in handing out loans, but have blamed the heavy workload, need to complete the necessary credit checks, and a shortage of staff.

Underwriting the loans removes the risk that banks will not get their money back, which Mr Sunak hopes will speed up the application process. The new “microloan scheme” would provide a “simple, quick, easy” solution, he told the Commons”.

The application process will require each hopeful loanee to fill out a two-page self-certification document form which can be accessed online. This task shouldn’t take long and with the funds promised to be delivered within a few days of a successful application being completed, it looks like for many business owners, their luck may finally be on the rise.

Invoice Finance in the UK is a type of business finance which releases cash currently tied up in outstanding customer invoices. This business solution is ideal for helping fund expansion plans, improving your cashflow and collect payment from your customers. There are two main types of funding options: factoring and discounting. With factoring the factors provides both funding and credit control. Invoice factoring is simply a way to release the funds that’s tied up in your unpaid invoices. Instead of waiting for your customers to pay, you borrow against the money you’re owed and is a type of debt financing. Not only do you get the money you’re owed without the wait, we chase up your outstanding sales ledger for you with debt collection services.